Sometimes I feel like the weight of all the badness in the world is crushing me.

This is unusual for me. I would characterize myself as joyful much of the time. But sometimes…it just all adds up, and I feel like I can’t breathe.

Police shootings of unresisting black men. Climate change, and scores of wild animals dying because of it. What’s happening in Syria. GOP-led voter suppression. And now Donald Trump, who I fear will make all of these things worse through some combination of malice or unconcern. And, oh yeah, the significant rise in hate crimes since he was elected president.

I’m all up in my feelings right now. I was reading this poem to Jonah tonight, and I about lost it:

Thy beasts and singing birds.

And guard with tenderness

Small things that have no words.

I believe it’s more important than ever to pay attention to what is happening, (plus I’m a news junkie anyway) but I think reading ALL of the news coverage of Donald Trump’s transition team, Steve Bannon, etc. is starting to get to me. If I keep gorging myself on all the badness I won’t be able to function. I need to feel like I am doing something on a larger scale to help make things better.

So here’s what I’ve done so far to be productive and “fight back” post-election:

I should have been contributing to charity before now. We didn’t really have the resources to do so until very recently with our move to Atlanta, but really I selfishly was loath to part with what I saw as “my” hard-earned money. God forgive me.

This isn’t much, but it’s a start. Next up is writing to my representatives in Congress, as as promised. I plan to start those letters by introducing myself, and saying, “Expect to hear a lot from me over the next four years.”

What are you doing to contribute positively since the election?

3 thoughts on “The Unbearable Heaviness of Right Now” 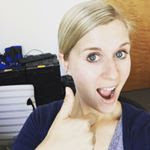